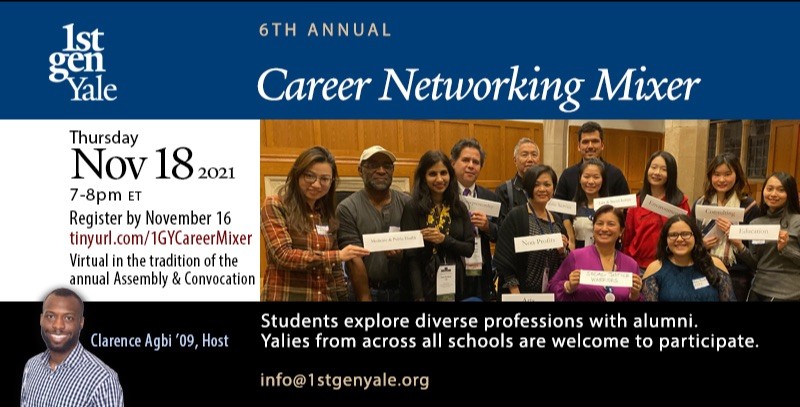 The Career Networking Mixer is designed especially for Yale students who are among the first in their families to attend college and/or who come from low-income backgrounds. Sharing similar experiences, alumni talked about their own career journeys and gave current students insights into fields such as arts & architecture, business, communications & media, computer & data science, consulting, education, engineering, environmental policy & science, finance, health care, law & social justice, manufacturing, and nonprofits & public service. Other breakout rooms helped students who were thinking about graduate school or who are exploring several different career options.

Agbi put everyone at ease, setting the stage for candid discussions. Having earned a BS in Electrical Engineering from Yale and a Ph.D. in Electrical Engineering from Carnegie Mellon University in 2014, he currently works as a data scientist within the financial technology space. He serves on the boards of The Yale Club of Washington DC and the Yale Science and Engineering Association (YSEA). He also leads the DC chapter of the Yale Black Alumni Association.