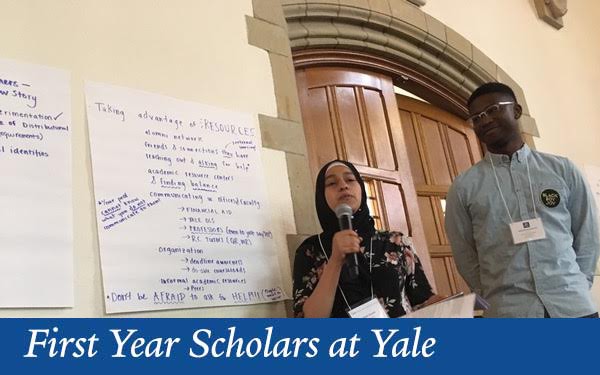 Alumni returned to campus for a day of meeting with and mentoring students in Yale’s Class of 2022, which set records for socioeconomic diversity. One in five of the new students received a federal Pell Grant for low-income students – a number representing an increase of nearly 100% from just five years earlier. Also up substantially – by 75% – from five years earlier: the number of students (284, or 18% of the incoming class) who will be the first in their families to graduate from a four-year college. Through the First-year Scholars Program, many of these first-generation low-income students connected during the summer with alumni, who helped them learn to navigate Yale and beyond.