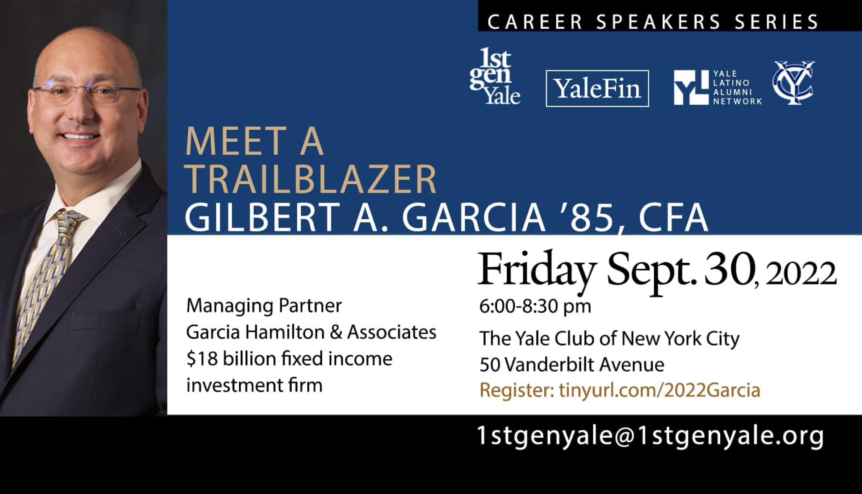 The Yale Club of New York City was the setting for an evening with Gilbert A. Garcia ’85, who told about how he became an $18 billion bond manager.

Garcia shared his career journey, from arriving at Yale as a first-generation student, to graduating with a B.A. in Economics, to becoming a specialist in mortgage securities at the Wall Street titan Salomon Brothers. After moving to Houston to build Cisneros Asset Management Company, Garcia joined Garcia Hamilton & Associates in early 2002 and grew it from just $200 million in bond assets into the largest independent bond firm in Texas. His firm was recently awarded the Houston Business Journal‘s Outstanding Diversity Champion Award for the third year in a row, and Garcia himself has been given the title “The Texas Bond King” by the Houston Chronicle — a title also used by CNBC in an interview with him!

The candid and engaging discussion, in which Garcia talked openly about the discrimination he has faced, was co-sponsored by the Yale Club of New York City, YaleFin, and the Yale Latino Alumni Network.